THE FACTS AND FIGURES

What: An equity stake in a twin Archimedes Screw Hydro System and new fish pass
Where: at Totnes Weir, developed by Hydrosense.
Why we love it: Fantastic landmark scheme with widespread support. Local water supply pumped using energy from the river. Win-win for clean energy and spawning salmon & sea trout. Great partnership arrangement with developer and community.
Total installed capacity: 300 kWp
Average annual generation: 1,250,000 kWh
CO2 equivalent per year: 597.5 tonnes
Customer equivalent per year: 333 families typical use * Estimate based on the most recent statistics from the DECC showing that annual UK average domestic household consumption is 4,115 kWh.
Est. annual income to TRESOC: (21% stake): £37,500
Total cost: £500,000 to buy a 21% stake in the project.

The Totnes Weir Hydro power plant was constructed in 2015 and began generating electricity in December 2015. It has been performing ahead of expectations with electricity generated being higher than forecast.

Designed to withstand at least a one in 100 year flood and the additional impact of high spring tides and increased river levels due to climate change, the scheme has coped admirably with recent storms.

Two Archimedes Screw turbines are generating clean, renewable electricity for Totnes.  The scheme is expected to generate around 1,250 MWh of clean electricity each year – enough to power around 300 homes for at least 40 years*.

A new best practice fish pass has been installed adjacent to the turbines to allow more salmon and sea trout to migrate past the weir and spawn in the Dart catchment.  An automatic fish counter has also beed installed to monitor the number and sizes of fish using the pass.  Extensive research has proven that fish can pass through the slowly rotating turbine with no adverse effects.

A recreational area is being created near the turbine house with information about the scheme and a new canoe launch platform has been created.

* Estimate based on the most recent statistics from the DECC showing that annual UK average domestic household consumption is 4,115 kWh. 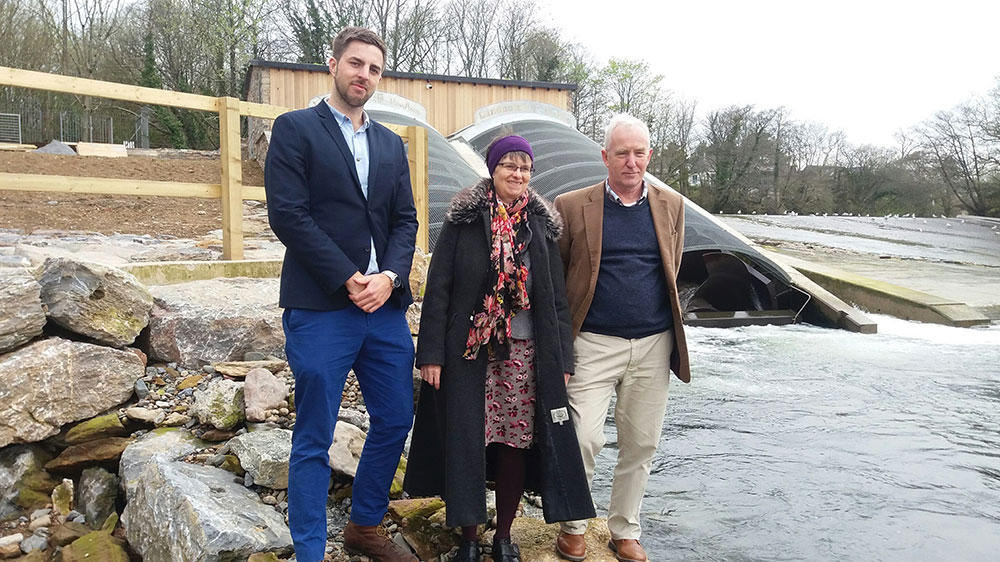 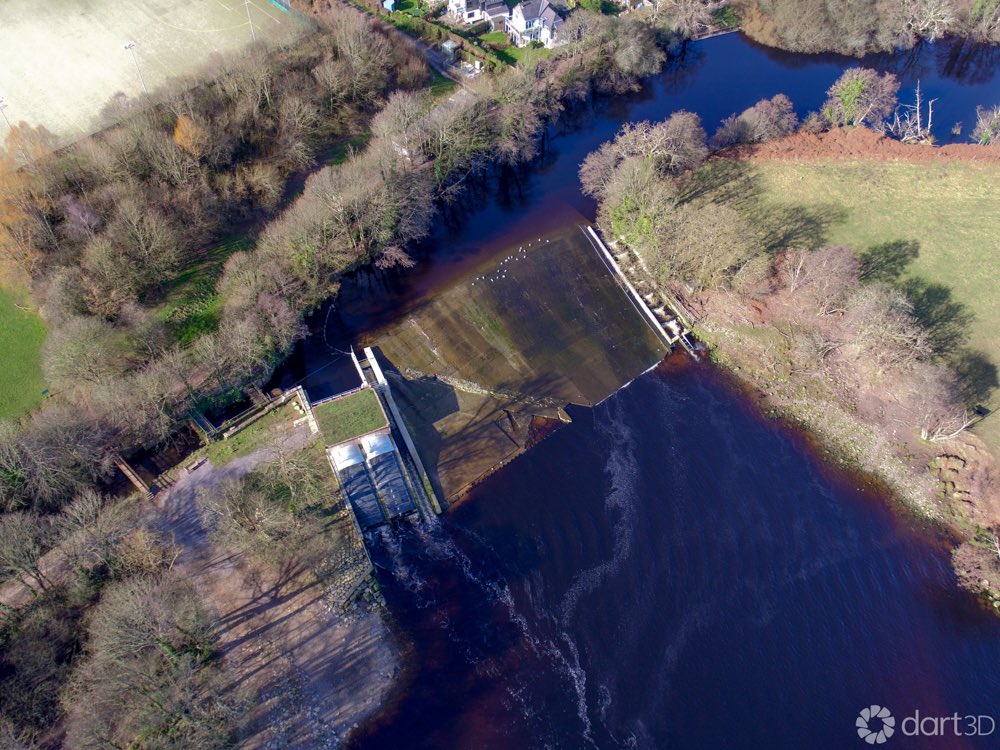 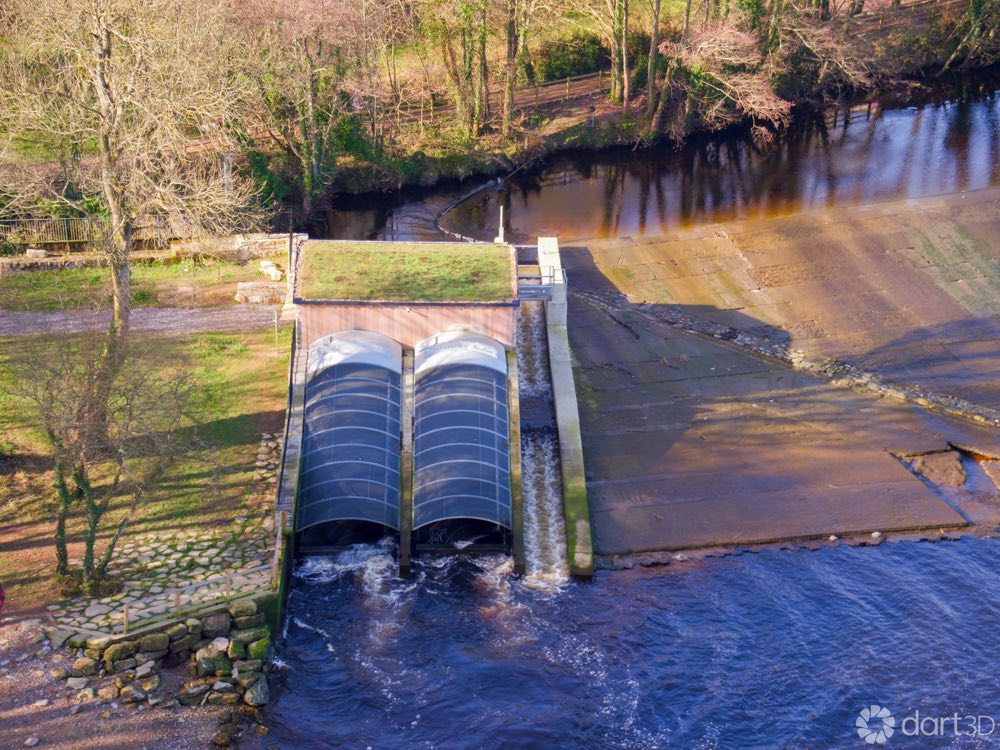 ← Previous Next →
We use cookies to ensure that we give you the best experience on our website. If you continue to use this site we will assume that you are happy with it.OK